Eliminate Buzzwords (and save everyone a lot of confusion) :: Copywriting Course

Eliminate Buzzwords
(and save everyone a lot of confusion)

It’s time my friends to put an end to Buzz Words.

A “BuzzWord” is when people use a word that’s overly complex. Generally you can simplify a BuzzWord into something much simpler:

By simply removing BuzzWords from your copy, you can save a lot of confusion.

2.) Lawyers purposely use buzzwords to be vague and confusing: 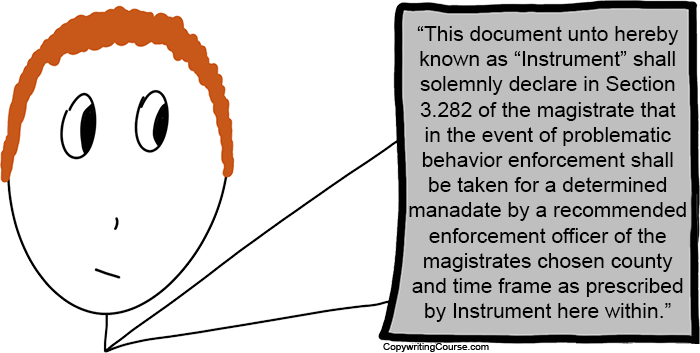 3.) Politicians use buzzwords to say things that sound important, but mean nothing: 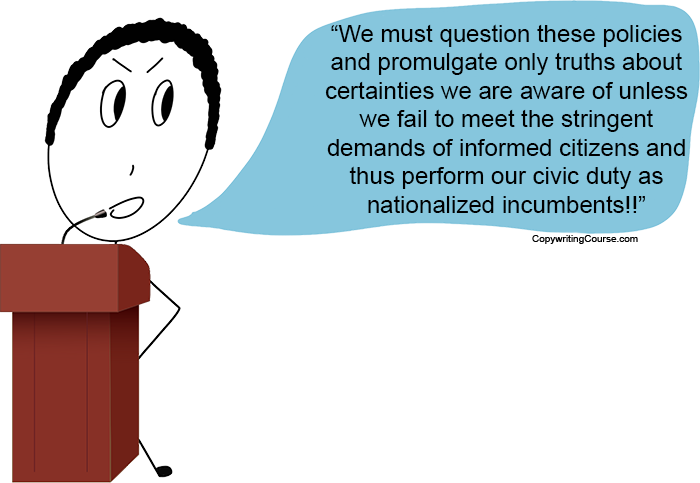 4.) If a product is bullshit, it will often be promoted using a lot of buzzwords: 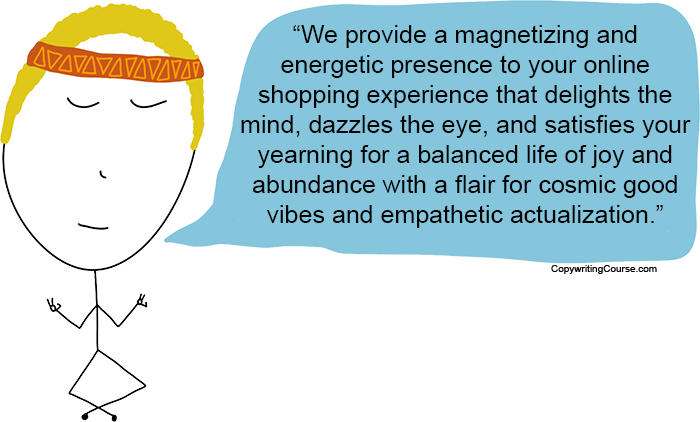 5.) Some people use buzzwords by mistake, not realizing they’re confusing the audience: 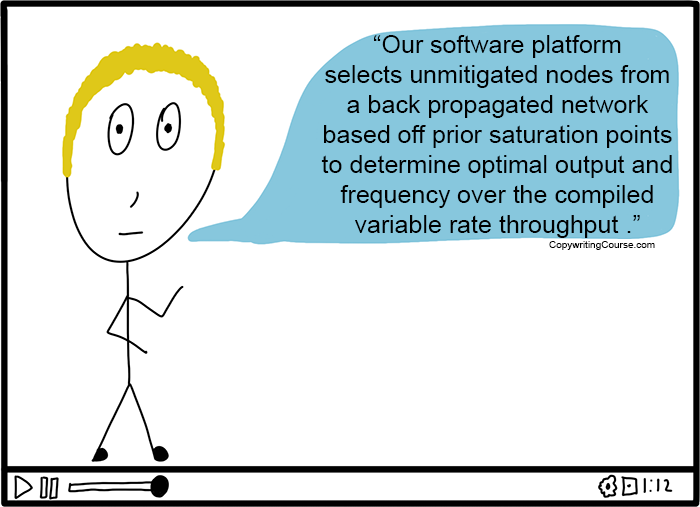 Many copywriters even get caught in this buzzword trap because they think their words must be super weird or highbrow.

The funny thing is, the smartest people in the world generally are very good at explaining complex subjects in simple ways!

These smart people try to avoid buzzwords, especially when addressing an audience. In fact many people who try to use big and impressive words are doing it to cover up some sort of insecurity so they appear smarter or more important than they really are.

“If you can’t explain something in a simple manner, you likely don’t understand it yourself. “
– Quote I Just Made Up

A major problem with buzzwords is they increase in complexity when you smash more of them together.

If you don’t fully understand one word in a sentence that would be alright, but if there’s another word right after that you don’t understand, you might totally misunderstand the entire sentence.

For example, if I show you this sentence with a bunch of overly complex words:

A native primate species in the fauna has ascended the phytocrustaceous layer of a nordic triantham.

…these complex words can stack up into a “shaky pyramid” where you understand less and less the higher you go:

Without complex words, this sentence could simply be:

There’s a monkey in the tree.

That’s much easier for everyone huh? :-)

So how can YOU help fight the war on buzzwords?

Here’s some strategies to combat Buzzwords:

1.) Never feel dumb for asking a clarifying question, or not knowing a word. Always better to ask than be confused.

2.) Ask “What does that specifically mean?”

4.) Go through your copy to remove buzzwords and replace them with easier words. Like this: 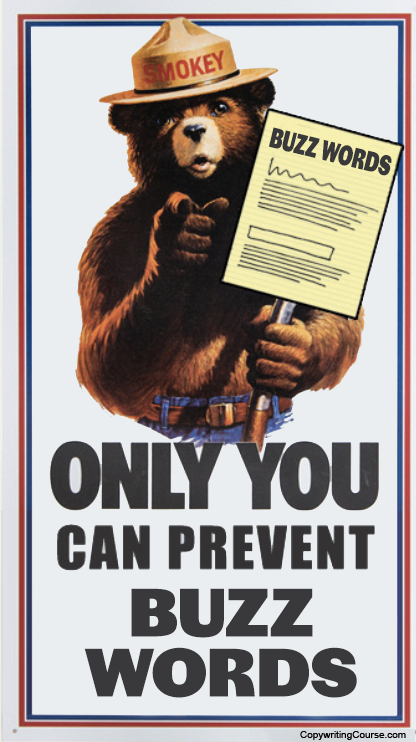 P.P.S. Here’s some other articles that take away buzzwords from your writing.
▸ How To Write A Great Memo (similar to BuzzWord advice).
▸ Using “The Caveman” Voice to Avoid Boring Copy.
▸ Plain Language Course (by the US Government).

P.P.P.S. Want our professional copywriters to personally help you remove all BuzzWordy language from your marketing? Then join The Kopywriting Kourse you puerile anthropoid with a picayune capitulum :-P