Can a Computer Replace a Writer? 🤖 :: Copywriting Course

Can a Computer Replace a Writer? 🤖

Can a computer replace a writer?

FUCK YES. Of course they can!

At some point every task gets absorbed by a machine, then the human has a new opportunity to do other stuff.

In fact, what do you think you’re reading this on right now? Am I actually communicating this article to you?

You’re reading it on a machine → Which fetched it through a trillion dollar machine infrastructure → Which got it from my machine server → Which I uploaded from my laptop machine.

This entire interaction you and I are having right now is happening because of machines!

…and us humans have the balls to think a machine could never replace us. We are all using machines right this second!

“If you don’t make technology your bitch,
you will become it’s bitch.”
-Bill Clinton

(Just kidding he didn’t say that, I just made that up….but you get the point)! 😛

Let’s take a look down memory lane at what the “writing” world used to be.

Paper. Typewriters. Pens. Folders. Filing Cabinet Systems. Adding Machines.
These were all the futuristic mechanical machines that used to rule the landscape not too long ago: 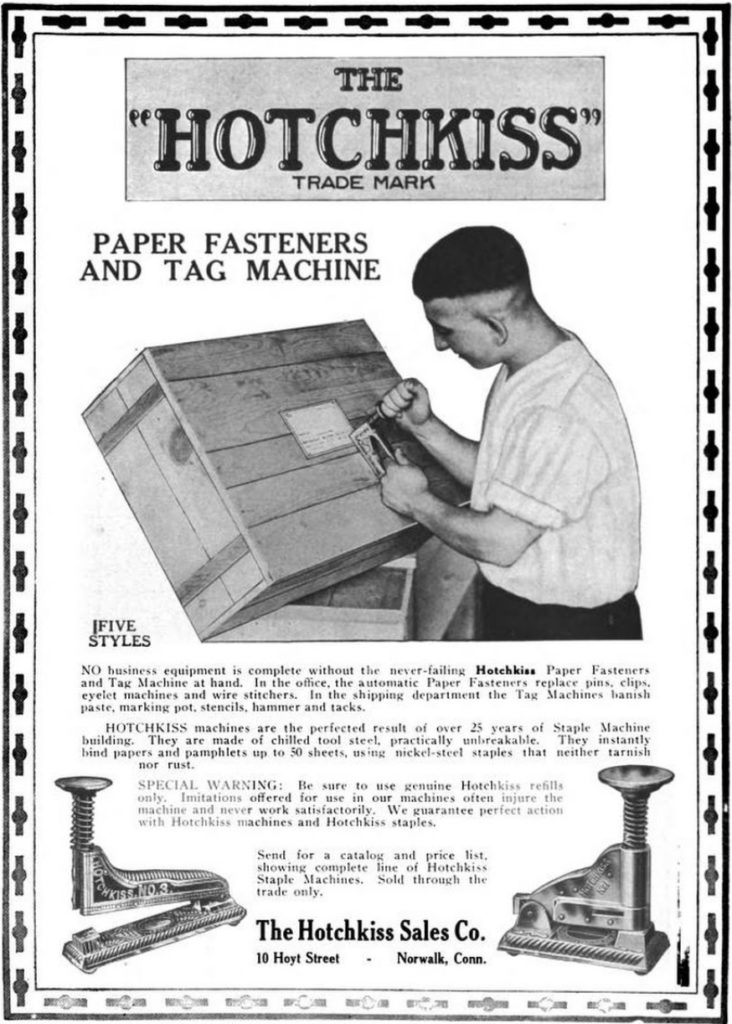 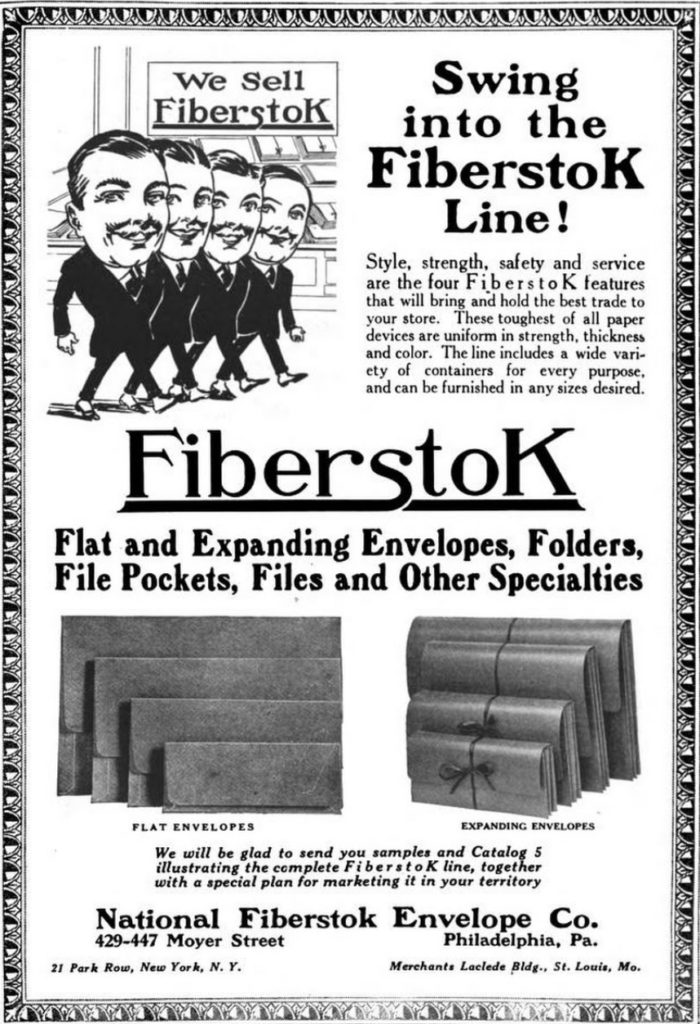 Envelopes and folders would be a big part of your life.

Pens used to be big business 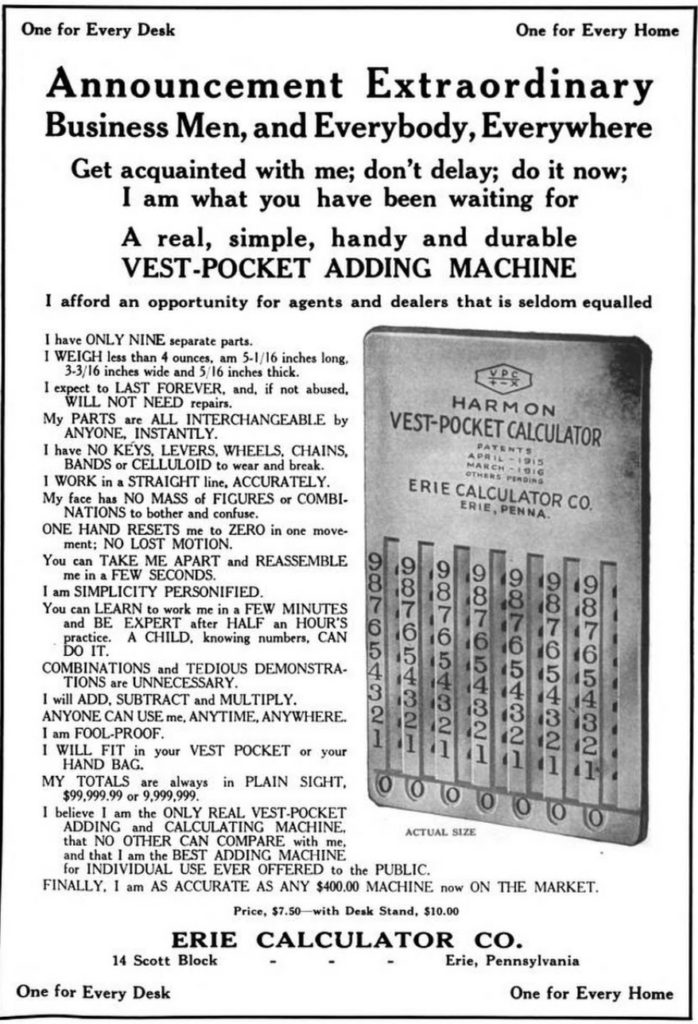 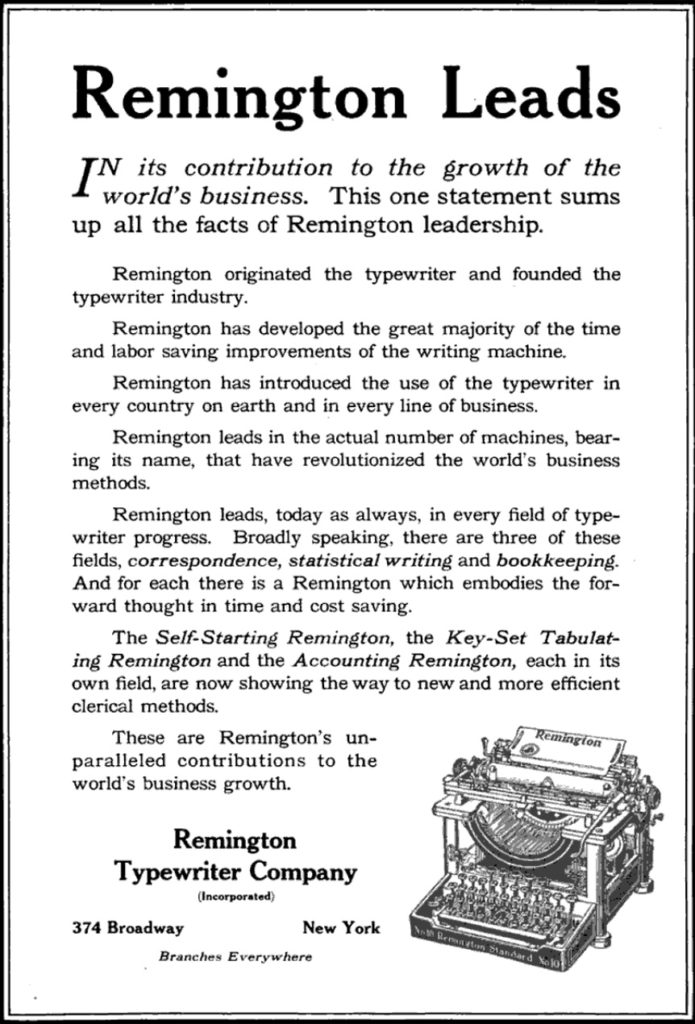 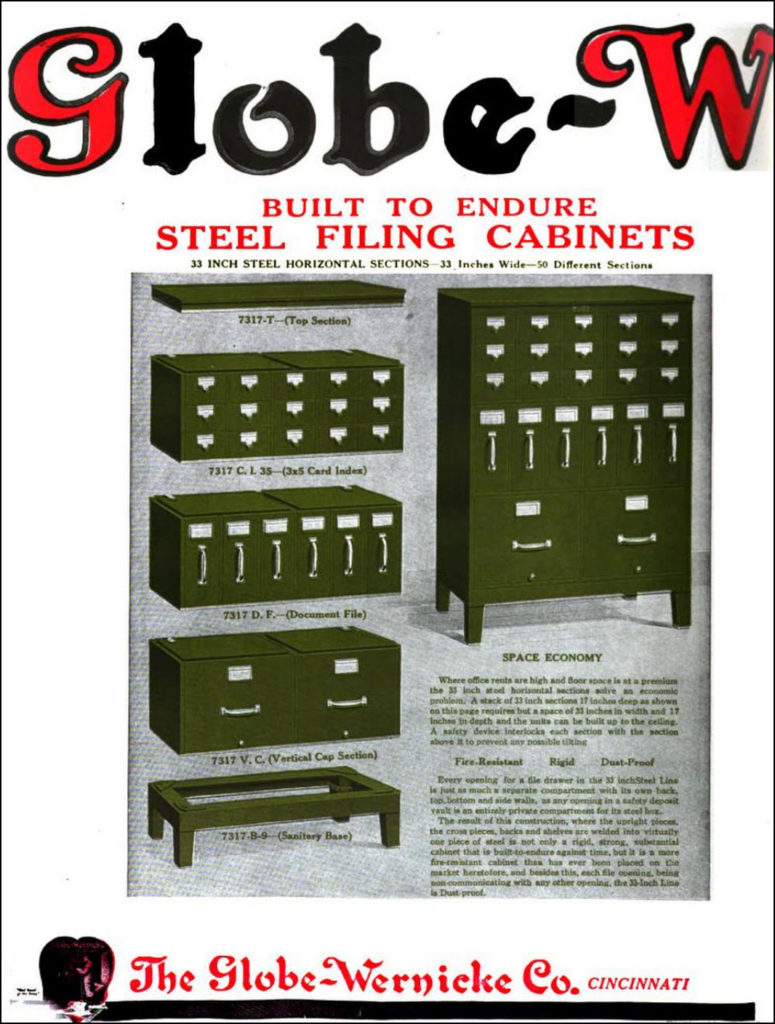 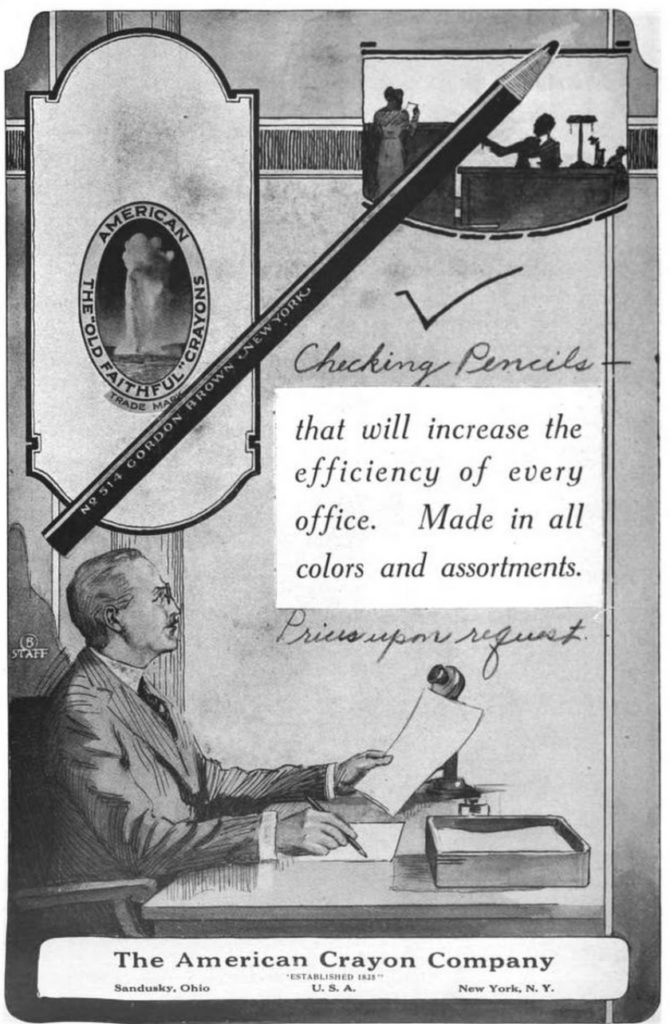 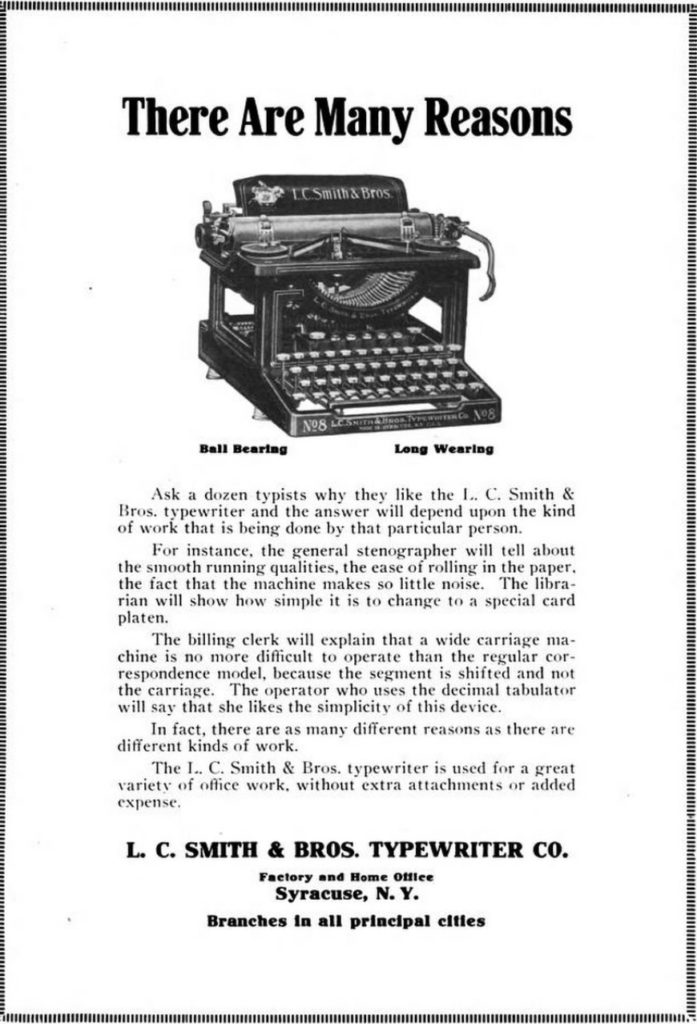 Knowing how to use a typewriter was a high tech skill. 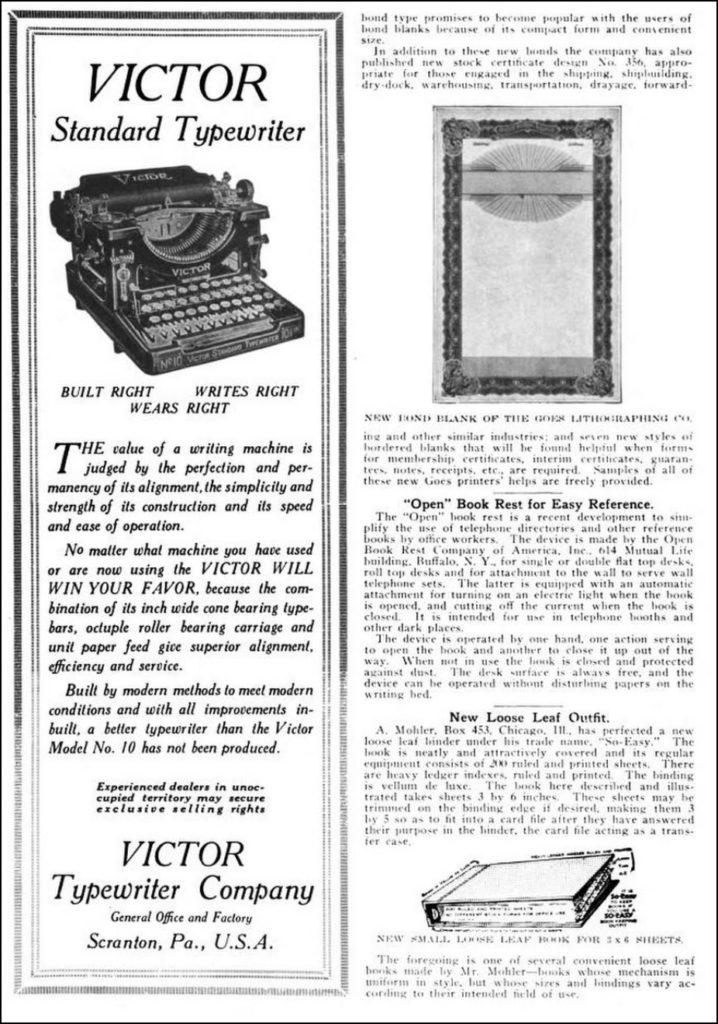 Being able to type accurately was also highly valued. 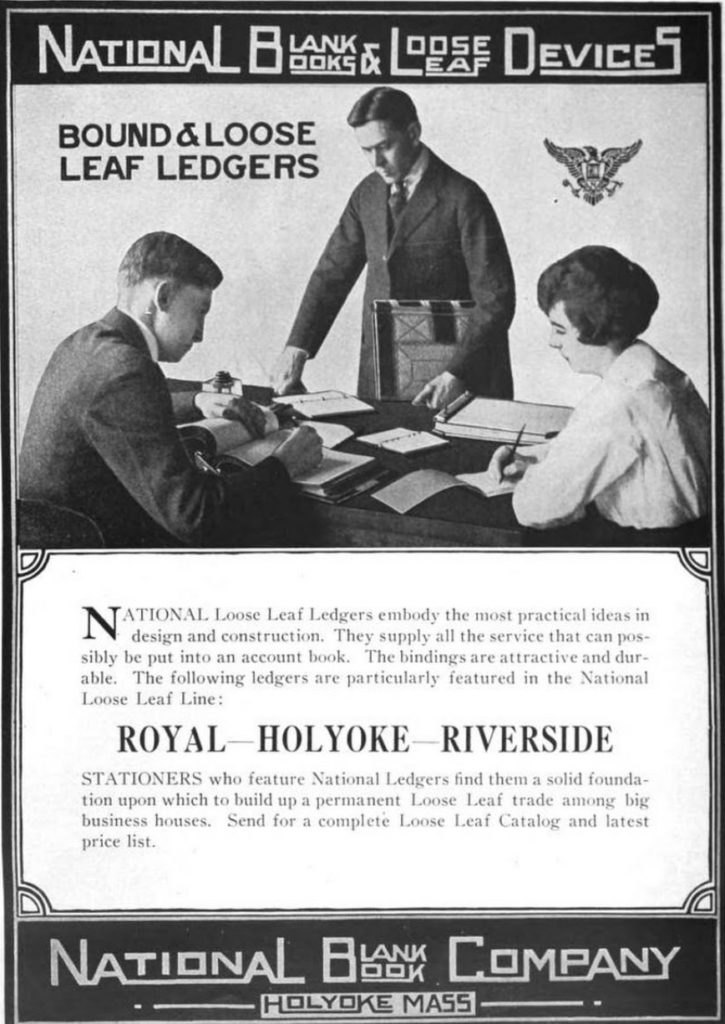 Ledgers were still a thing. 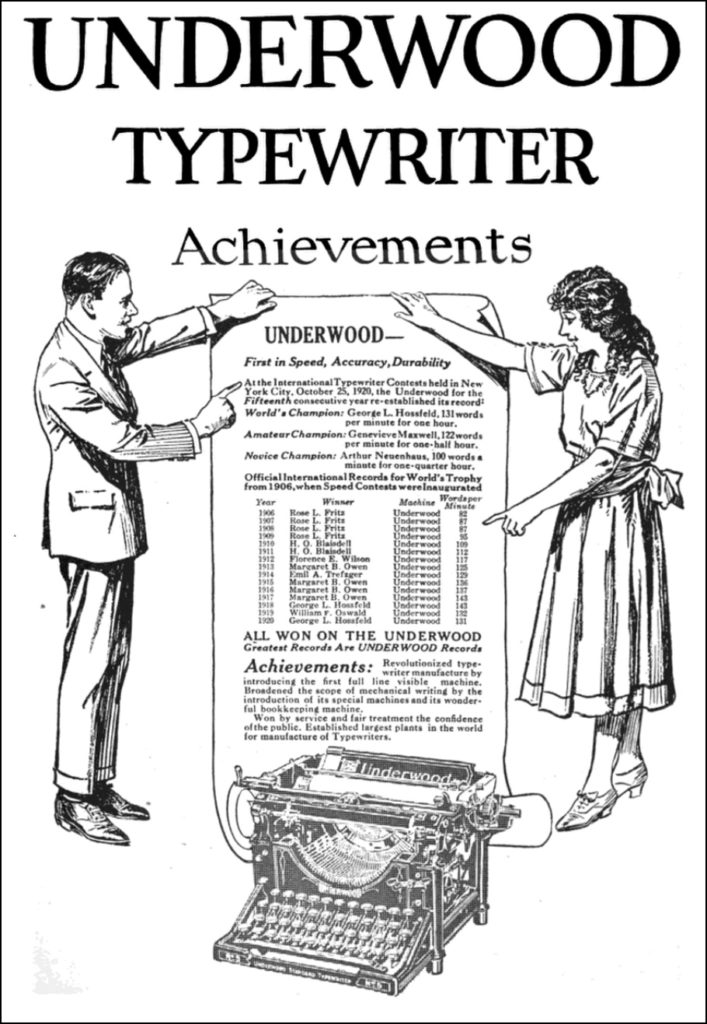 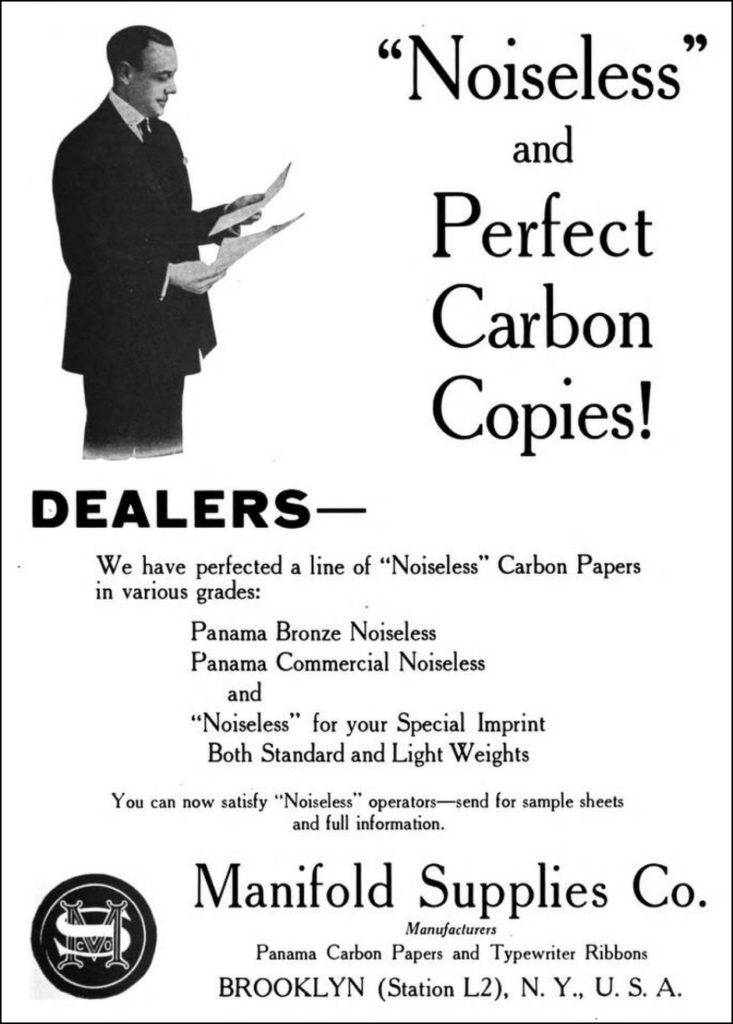 Has anyone made a carbon copy in the last 25 years?


Now of course we look back on this stuff like it was so silly….but back in the day knowing how to operate and utilize these machines was high tech stuff, and could get you a job in an office around the country!

Imagine if someone who was used to operating a typewriter never gave into learning a computer.
They’d be out of a job.

The one’s that don’t adapt to new techniques eventually wither away.

Your “Circle of Opportunity” is larger with more technology!

Back in the 1920’s if you were a hotshot at using a typewriter, you might get a job simply duplicating documents with your typewriter. Your options for searching and getting a job would also be limited to your immediate surroundings.

The amount of income you make would be limited by your productivity, which is basically the task of a human Xerox machine.

For example if you were some suspender-wearing-pipe-smoking-1920’s-typewriting hotshot, you could still only provide work to people in your immediate surroundings.  So this would be your entire “Circle of Opportunity” back then:

Such a tiny Circle of Opportunity :-/

There’s ZERO chance you could work for a company from across the world, as the communication technology just wasn’t there.

However as modern day person with computers, internet, software etc….your Circle of Opportunity is essentially WORLDWIDE if you have basic computer and internet!

Thanks to technology you can provide services to people anywhere in the world.

Now I can sit on my ass in Puerto Rico, feet kicked up, laptop out, and crank out a 3 page AppSumo email in 90 minutes that will go out to 500,000+ readers across the world and might generate $50,000 of revenue by tomorrow morning: 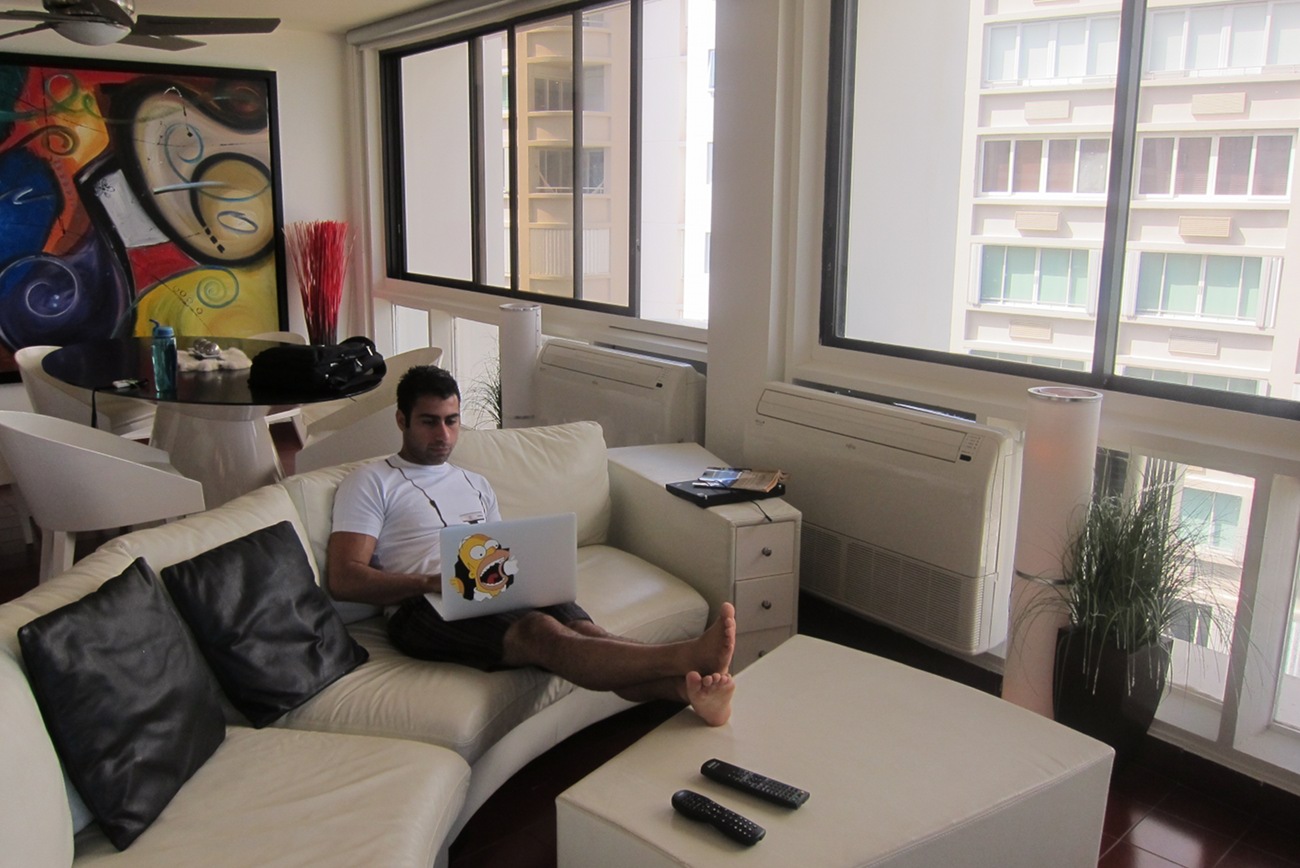 Thanks to technology there’s been an extreme enlargement of my own “Circle of Opportunity.”

However……you can only participate in this new Circle of Opportunity if you keep up pace with basic technology of the time.

This 1920’s tech bro was on the cutting edge then, but has had to adapt to stay competitive.

I think something to keep in mind is that automation usually happens on a reasonably slow pace, so you can see where things are going and adapt.

We didn’t go from monks hand-copying sheets of paper to the iPhone overnight. It happened incrementally. There were millions of small improvements to technology that slloowwwllyy started improving a persons ability to distribute information: 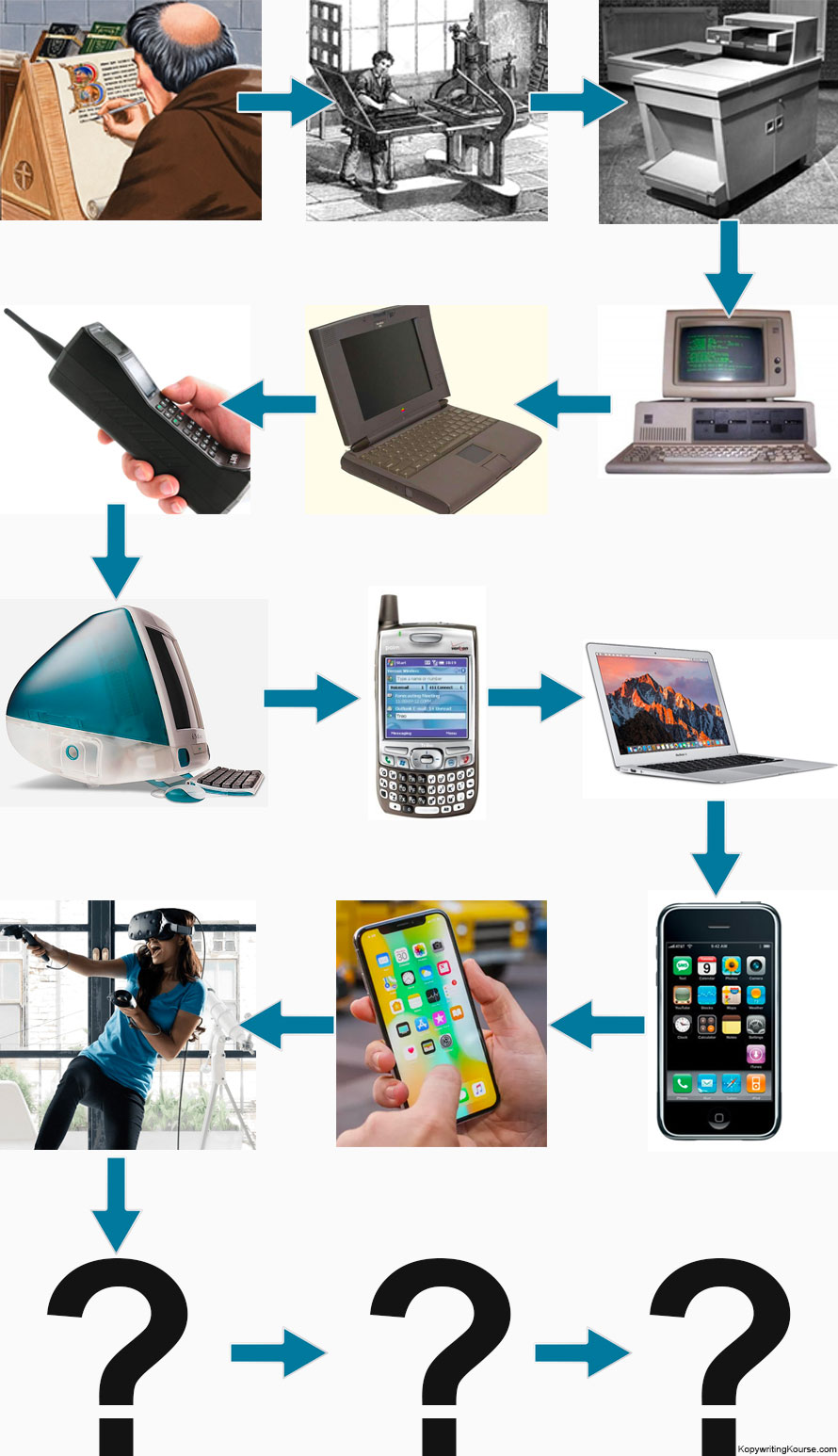 Starting from a monk hand-copying text to another sheet of paper, we have come to this world of computers and phones and internet…..but it happened gradually with incremental improvements at each step (and thus time to adapt to each small change).

While the pace of innovation is happening faster than ever before, it’s been kept up with by the pace of being able to LEARN ON YOUR OWN.

While you’re sitting on the toilet today playing on your phone, you can also watch every Standford course on YouTube for free. So being able to keep up with changes is easier than ever.

…..but back to our questions of “can a computer AI replace a writer?”

Well let’s see an example of a fully-generated article based off a few words:

This article was generated by a computer:

Computer Generated Article:
The printing press put a creation of scribes from work, and the telegraph sent couriers searching for new employment. Could applications robots do the same? Thats one of several questions raised by the development of Narrative Science and also Automated Insights, two startups which have developed sophisticated computer applications that analyze large amounts of information and automatically generate news stories. The creators find themselves complementing, not competing with information organizations, and they’re busy cooperating with companies like Reuters, Bloomberg, and also Yahoo to help them create large amounts of tales in a fraction of the price theyd must pay professional journalists.

We bring content where it’d just be cost prohibitive to get that content composed by a human, stated Kris Hammond, co creator of Narrative Science. Some journalists say it may change their function. Steve Buttry, the electronic transformation editor for Digital First Media, stated this sort of software requires journalists to measure the value of their work. I believe that this writing program highlights the fact that if expert photographers say we add value into our reporting and writing, then we actually need to bring value, Buttry said. How it Works – Contemplate Gamechanger Media, a mobile media business that introduced a program from 2010 to offer scores together with other stats about small league and youth sports to enthusiasts across the US.

Team scorekeepers voluntarily upload game information to Gamechanger, but the business wanted to give fans over simple statistics by offering game recaps and summaries. It goes without saying, for millions of small league and also high school games every week throughout the country, there are no journalists there, said Ted Sullivan, founder and Chief executive officer of Gamechanger Media. But we felt like those parents and also lovers and school communities deserved the same kind of compelling content as professional sports. Thats where Narrative Science stepped in. A Chicago based business born out of a research project by journalism and also computer science students at Northwestern University, Narrative Science developed program known as Quill that collects and crunches large quantities of information and automatically spits out narrative tales readers can comprehend.

The company collaborated with Gamechanger In March 2011 to allow it to create local sports stories based on statistical information recorded by team scorekeepers. Gamechanger turns its information over to Narrative Science, whose applications applies pre determined principles for structuring game tales and automatically creates recaps for viewing on Gamechangers website. The recaps are part of Gamechangers premium service, which costs $7.99 a month. We wrote around 3 million game tales for them last year, Hammond said. Narrative Science also is making strides from financial news, in which it’s partnered with Forbes along with other well known media outlets. Reading Forbes earnings previews generated by applications, one could easily think the tales were written by an individual. This is largely because of the softwares capability To match that the tone and style defined by customers, according to Hammond. Tweet Bots from Automated Insights – Another business that explores journalism is Automated Insights, that Started producing automatic sports tales when the business was called StatSheet Network in Nov 2010.

….yeah this article SUPER SUCKS. In fact it’s completely un-usable. But a computer CAN write an article, and do it in like .000005 seconds. Eventually it will get better and better, and start being useful for small text blurbs such as:

In fact all these things already exist.

But this technology will get better and better over time, and as someone who pays attention to the writing industry, this will clearly be a useful tool that will allow me (or you) to provide more services for more people. 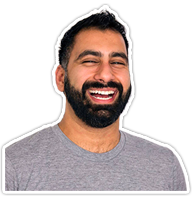 P.S. See my full swipe file here….it’s delivered to you by a machine.

P.P.S. Watch videos I pre-recorded and then allow you to watch through a machine.

P.P.P.S. If you’re reading this, you’re currently interacting with a machine.

P.P.P.P.S. Become a triple threat by learning more skills that control a machine.