What Is Creativity? …and how can we bring out more of it 🤔 :: Copywriting Course

What Is Creativity?
…and how can we bring out more of it 🤔

People throw around the word “Creative” all the time without really defining it. Some people think “creativity” means abstract things like Picasso paintings or weird Andy Warhol art:

But simply being “abstract” isn’t the only way to be creative.

For example, if Joe needs to stab a mofo, he can just grab a knife and do it:

But Joe stabbed a few too many people, now he’s in jail :-(

They don’t allow knives in jail…..so if Joe wants to stab another mofo he has to get creative. So he cobbles together some random materials he can get his hands on and creates a new type of knife:

Now Joe can get back to his regularly scheduled stabbings with his new prison shank knife!

Joe has just demonstrated creativity. He made a knife using materials traditionally not associated with making knives.

Applying different methods to the traditional way of doing things:

James Dyson came up with a “creative” solution to the ordinary fan.

Instead of a bunch of blades spinning around to create airflow, he invented a blade-free fan that pushes airflow in a totally different way. 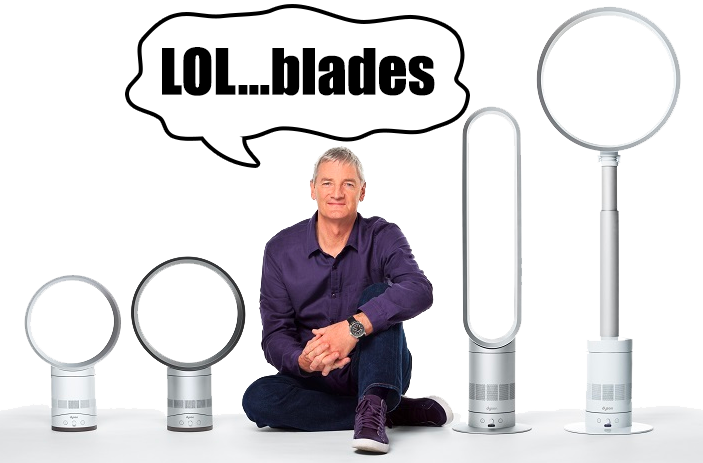 But this jump in creativity created a fan with NO blades: 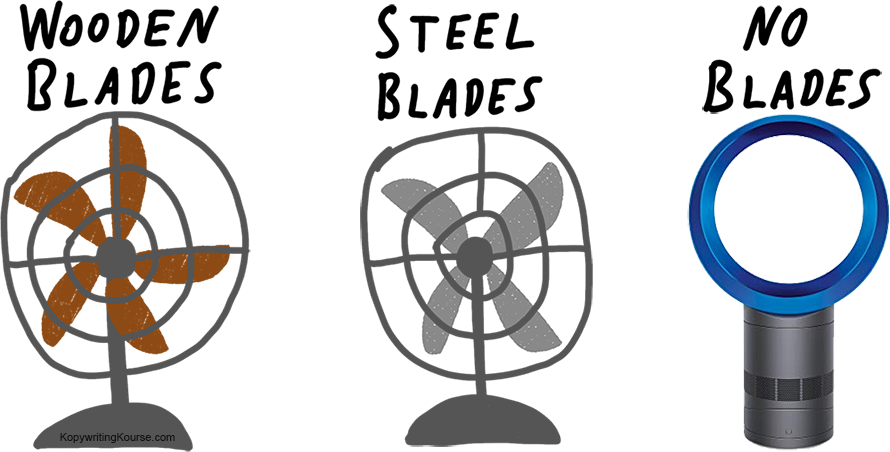 The Dyson fan used the hydrodynamics law of “entrainment” to multiply airflow. It’s when you use an existing current to augment the flow of a smaller current. This is typically used in different types of water pumps.

However the Dyson company had the insight to use this same principle to an air current. Simply applying an existing known principle to a different application made this a very “creative” way to make a fan.

So by applying different methods to an existing invention, the Dyson company was able to sell a product for FAR more money and profit per unit.

When you are thinking of one problem, but then see something else happen that’s similar:

The story goes that when the famous scientist Issac Newton was hit in the head with an apple, that’s when he came up with the idea of gravity:

He pondered why the apple falls DOWN, instead of falling UP.

He concluded that small objects are somehow attracted towards larger objects. So the apple is simply falling TOWARDS the Earth!

This stroke of creativity was discovered because Issac Newton noticed one phenomenon (a small apple falling towards bigger Earth), and realized it worked the same for the moon.

This small realization got him on the path to calculating if this could be true….and he found this theory that smaller objects are attracted to bigger objects worked out.

Take two different fields and smash them together:

I’m always amazed at the results we get consulting clients in old school industries like real estate or health care. It’s because many parts of those industries haven’t caught up to modern marketing tools and best practices.

By simply applying the tools from one industry to another can have a huge impact!

Machine Learning has technically been around since the 1940’s…..but computers were slow and expensive and lame at that time. However most of the mathematics required for machine learning was invented by that time already.

So only in the last decade have those mathematical principles and computers finally merged into something useful:

An interesting trifecta of everyone having phones, wireless internet access, and platforms for people to freelance turned the taxi industry upside down and massively improved the experience in the last 5 years:

We take it for granted today, but in 1995 Toy Story was released as the first ever fully computer animated movie. Since then this trend has continued. But it was the combination of movie making and computers that fostered this invention.

The more things you know, the more creative you can be:

If you have more fields of knowledge to pull from, the more creative you can be: 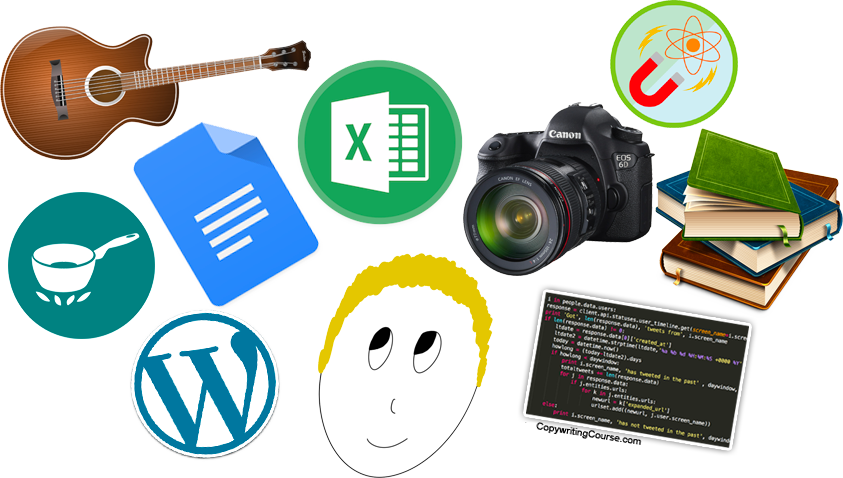 This means if you fill your head with more fields of expertise, your chance of “being creative” goes through the roof! 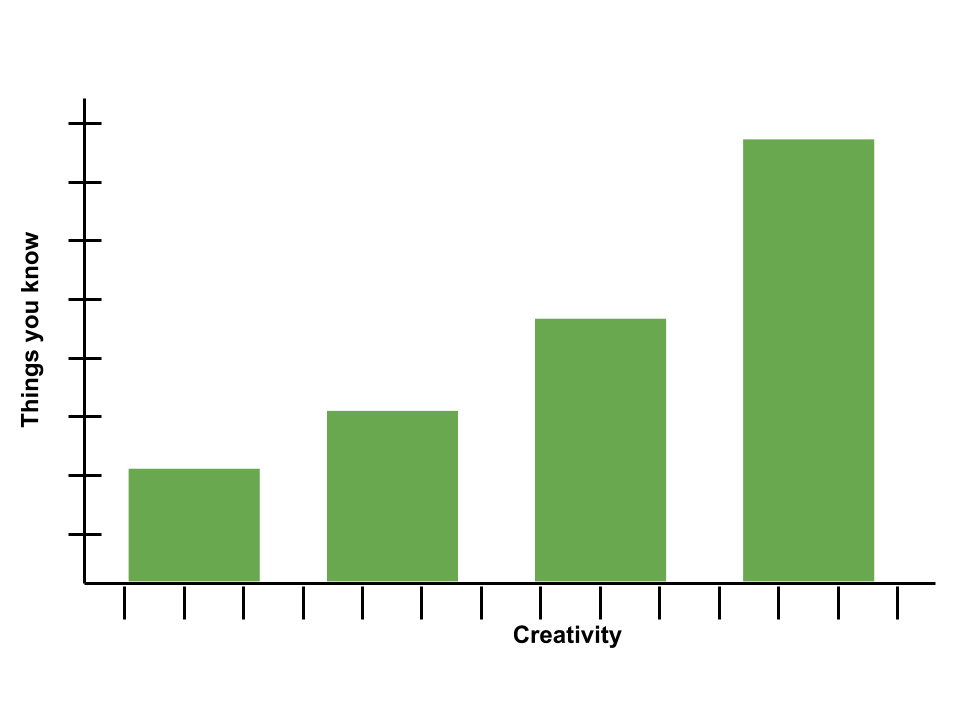 This concept is similar to our Becoming A Triple Threat concept. By adding on more skills and fields of knowledge, you become a more powerful force.

For example, if you only know Geometry. Your life is relatively limited…
You can make some cool shapes on a piece of paper but not much else: 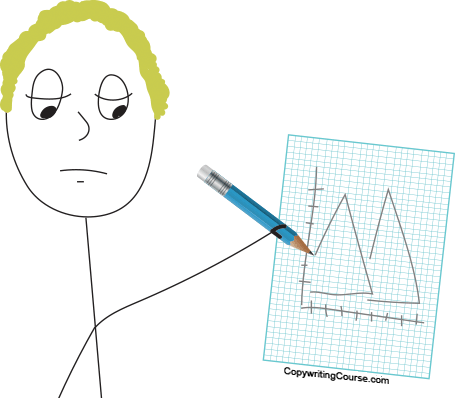 If you know geometry AND architectural design…
Now you can turn those interesting patterns into something that can be built:

If you know Geometry AND Architectural Design AND 3D Printing….
Now you can turn those interesting patterns into real life structures, and since you’re on the bleeding edge of 3D printing technology you can even make structures that were literally IMPOSSIBLE to build with traditional manufacturing!

As you can see…..the more stuff you know, the more creative you can be.

That means you get $5,000 per person to throw this conference. Easy!

You can host people in a nice hotel for a whole weekend, fly in expensive speakers, and cater every meal.

BUT….what if I take off three zeros from your budget:

Now you’ve got only a $5 budget per person.

You will have to get REALLY creative and make this a totally different type of conference.

Your conference will have gone from a “Swanky W Hotel” kind of event with 5 course meals and martinis, to more of a “picnic style” casual event serving pizza and cheap beer.

A helluva lot of people think creativity as a copywriter means trying to be clever.

This is not true.

The job of a copywriter isn’t to show off their word-wrangling skills.

My job as a copywriter is to make a sale!

Showing off how many big words you know is NOT part of the copywriters job description.

How To Be Creative Cheat Sheet:

So we’ve covered 5 ways to be creative so far:

Based on the 5 methods presented above, we can make some exercise statements that can “tease” out some creativity: 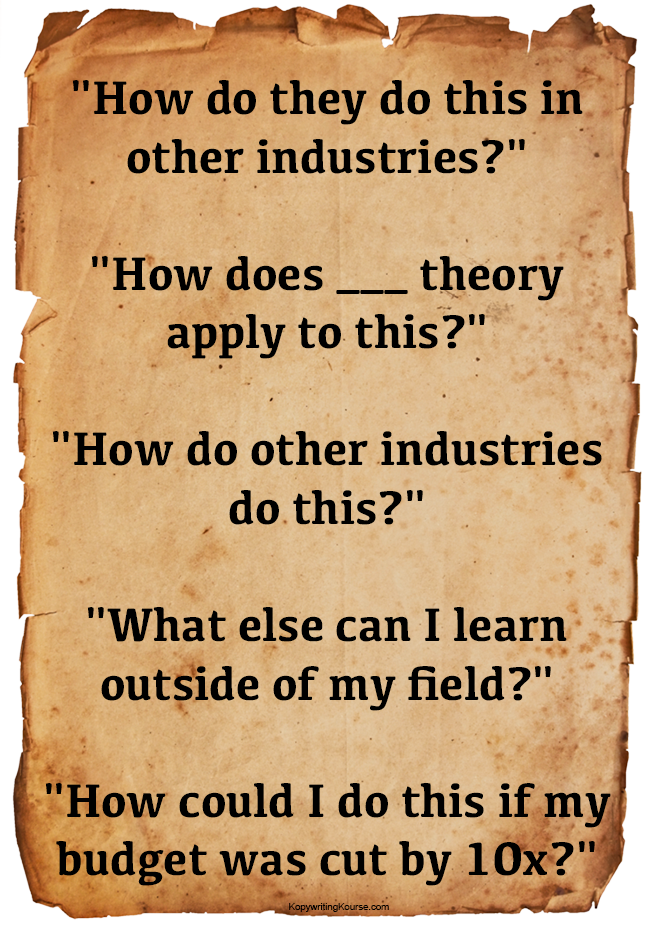 As you can see, when you break it down, being creative is actually something that can be developed and cultivated.

So if you’re ever feeling a bit uncreative, give these questions a try and see if they help!

This generator will come up with some “Creative Questions” you can ask yourself to see if they spark new ideas:

How do they handle [INDUSTRY] in other industries?

What if you took [INDUSTRY] and applied it to shipping.

What if you took [INDUSTRY] and applied it to software.

What if you took [INDUSTRY] and applied it to movie making.

What if you took [INDUSTRY] and applied it to real estate.

What if you were only allowed to do [INDUSTRY] for $100. How would you do it?

What if you were only allowed to do [INDUSTRY] for $10. How would you do it?

If you had to work on [INDUSTRY] alone, how would you do it?

If you had a team of 5 people, how would you do [INDUSTRY] differently?

If you had a team of 20 people, how would you do [INDUSTRY] differently?

If you had a team of 20 people, how would you do [INDUSTRY] differently?

How does [INDUSTRY] apply to gravity?

Who is the most success [INDUSTRY] person in the world. How can I emulate them?

What company do I admire or envy for their [INDUSTRY] skills.

What do other [INDUSTRY] professionals do wrong?

What do other [INDUSTRY] professionals do right?

How am I 10X better than other [INDUSTRY] professionals?

What is the biggest problem facing [INDUSTRY]?

How could I make [INDUSTRY] 5x cheaper?

How could I make [INDUSTRY] 5x better?

How could I make [INDUSTRY] 5x faster?

This video visually takes you through what creativity is, some examples of creativity, and how to get some creativity flowing in your own brain!

P.S. Here’s some similar articles that can help spark creativity:

P.P.S. What are some ways you can “tease” the creativity out of you?? Answer in the comments: