It’s easy to get bogged down with a big decision.

But your choices don’t have to be overwhelming.

You can use these frameworks to break things down, find clarity, and make confident decisions, regret-free.

Used by: President Eisenhower
When to use it : When you have an overwhelming to-do list and limited time
Core question: “What should I actually focus on right now?” 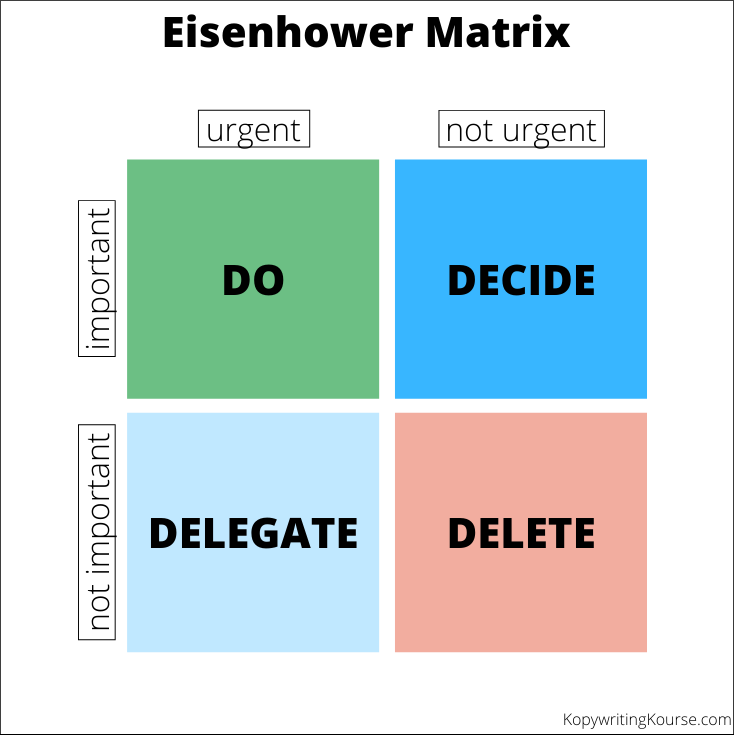 If you’re overwhelmed with a long list of different tasks, the Eisenhower Matrix can help you focus on the right things.

Everything on your plate can be organized into 4 categories, each with an associated action:

If you go through the process, you’ll probably realize only a handful of tasks are actually both important and urgent. You can immediately prioritize them and create a short term focus list to get done first.

The Eisenhower Matrix goes a little further, though. It also helps you decide what to outsource to someone else, what to schedule, and what to just get rid of.

Instead of a messy list of 10+ bullet points, you can strip them down into a clear set of immediate priorities, future actions, things to outsource, and stuff to toss. 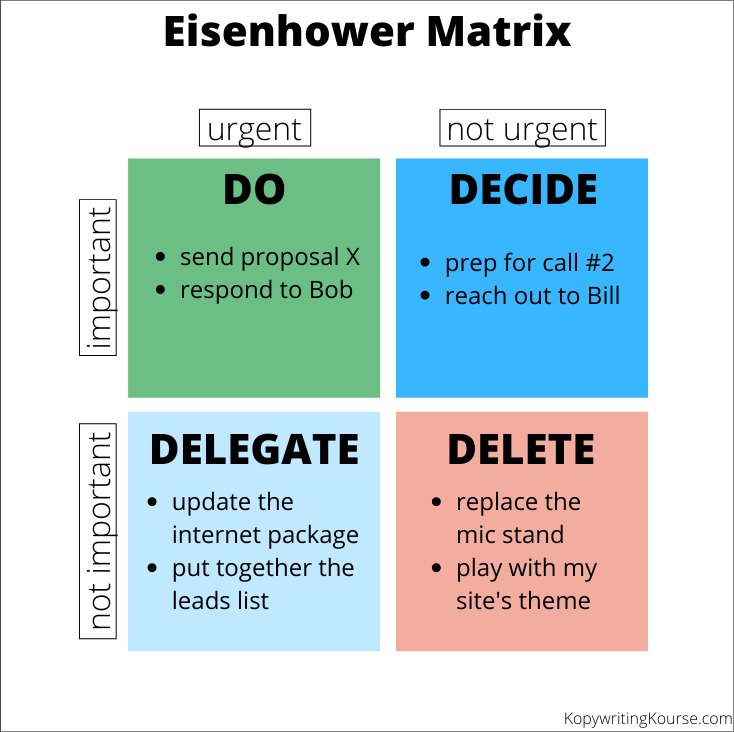 Used by: Jeff Bezos
When to use it: When you have a big life decision to make
Core question: “Am I going to regret this when I’m 80? Yes or no?” 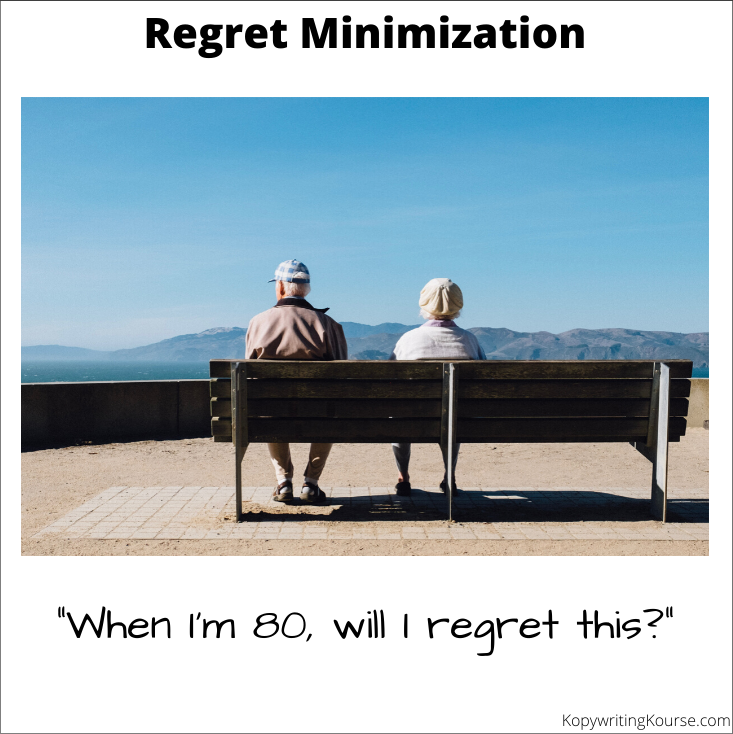 Instead of trying to focus on every possible pro and con, sometimes it’s easier to strip down a big life decision into a simple yes or no question:

“When I’m old, am I going to look back at my life and regret (this one decision)?”

Most of us tend to stress out over a lot of things that don’t deserve that much energy. By framing things in terms of regret instead of success/failure, you’ll be able to slice through most big decisions and move forward with less anxiety.

When I’m 80, am I going to regret quitting my job and starting an eCommerce business? (this was Jeff Bezos’ version)

When I’m 80, am I going to regret marrying my current partner?

When I’m 80, am I going to regret stealing this police car and going for a joyride?

When I’m 80, am I going to regret dropping out of school?

When I’m 80, am I going to regret moving to Colorado?

Used by: Marcus Aurelius
When to use it: When you need inspiration and clarity
Core question: “What would the opposite look like? How do I avoid that?” 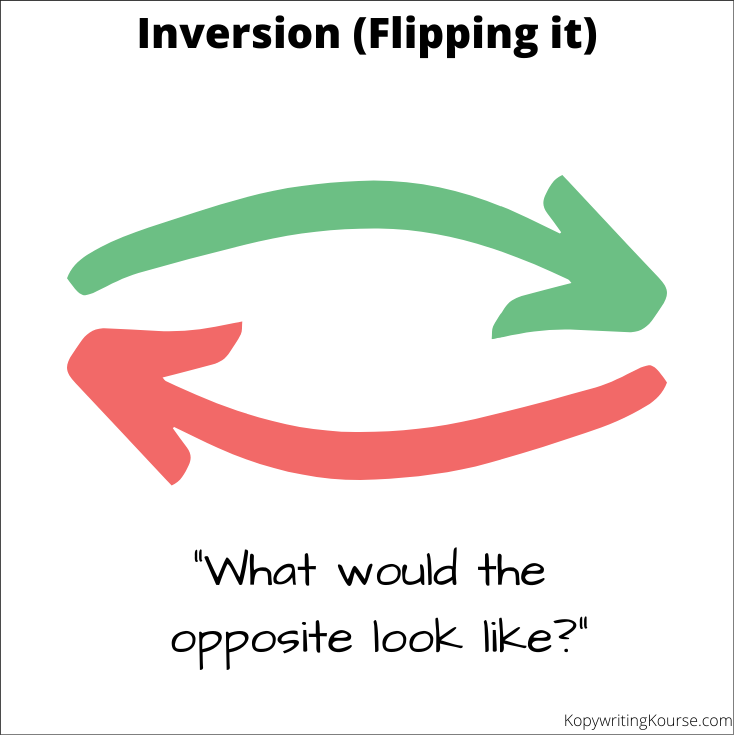 Sometimes the best way to get clarity on something is to look at its opposite – then work backwards to avoid it.

It’s easier to say “What does a terrible business look like?” and identify key points to avoid.

Used by: Me
When to use it: When you need clarity and confidence
Core question: “What would _____ do?” 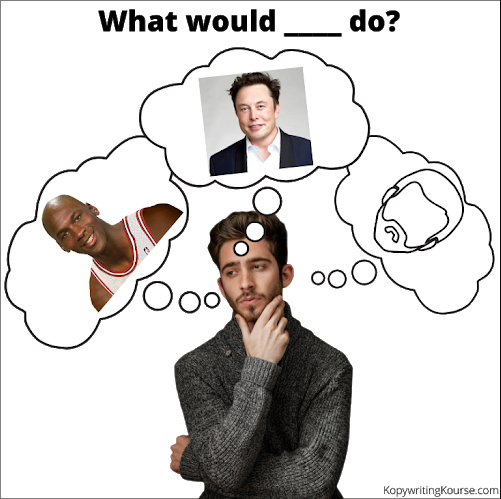 Big decisions sometimes freeze me up.

The way that I get past these hurdles is to think of a person who would immediately take a confident action instead of overthinking it.

Sometimes it’s a famous person, a family member, or a friend.

Thinking about these people helps me get out of my head and act.

Used by: Derek Sivers
When to use it: When you’re considering a new opportunity.
Core question: “Am I actually excited by this?”

This is a strategy that’s aimed at people who want to go from good to great.

But if you want to do great work and really enjoy it, you’ve got to be a little more selective with your choices.

It’s a pretty simple idea – just ask yourself how you feel about an opportunity in front of you. Is it a no-brainer, jump for joy, “Hell, Yes!!”? If so, do it!

But if it’s anything less than that, pass on it.

This is a great question to slow yourself down and engage with things that you really think will be memorable winners instead of filler work.

Used by: Warren Buffett
When to use it: When you’re taking on a new project or task.
Core question: “Is this actually my specialty?” 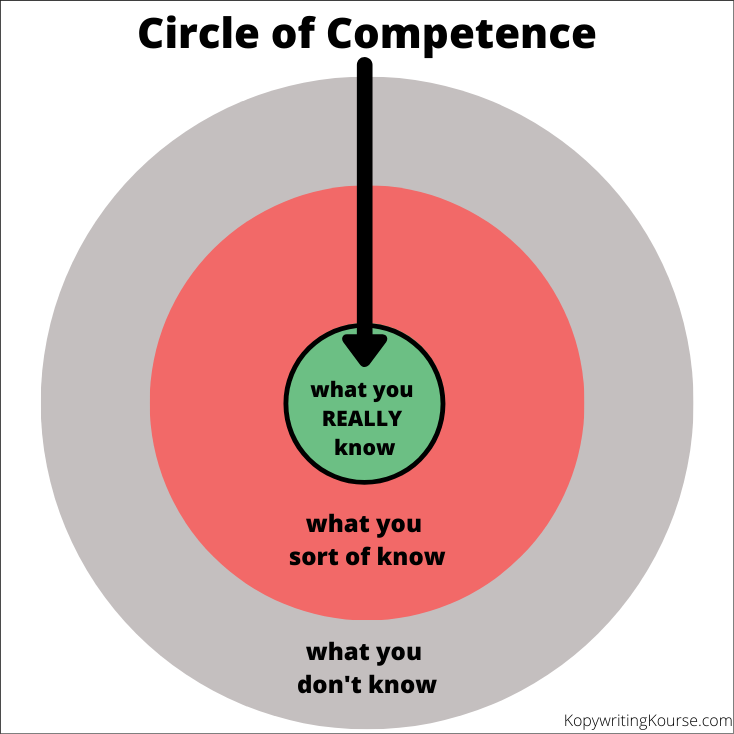 Warren Buffett is famous for focusing on his strengths – he only invests in industries he thinks he knows as an expert.

He also consciously avoids areas where he’s not an expert.

All of your tasks and decisions can be assigned to one of three categories:

It’s easy to avoid #3, and #1 is usually pretty easy to identify.

It’s #2 (stuff you sort of know) where most bad decisions and big mistakes happen. It’s where you know just enough to be dangerous, but not enough to actually be great at.

Buffett’s Circle of Competence is all about reminding us to step back and really consider whether we’re 100% focused on our core strengths, or if we’re taking on things that are better left to other people.

Used by: Tim Ferriss
When to use it: When you need clarity and motivation
Core question: “What would the nightmare version look like?” 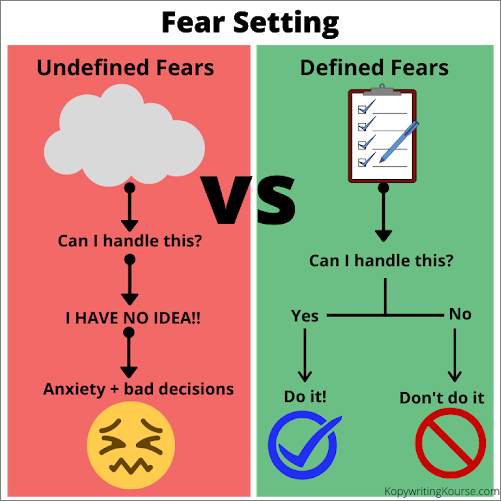 It’s easy to get overwhelmed thinking about the future.

If you’re nervous about things going bad, it’s often helpful to define exactly what the worst-case scenario would look like.

If you can attach clear parameters to that worst case, you’ll probably find that it’s a lot easier to deal with.

Instead of vague fears, you’ll be able to consider specific numbers. Then you can make a rational decision about whether you can handle the risk or not. 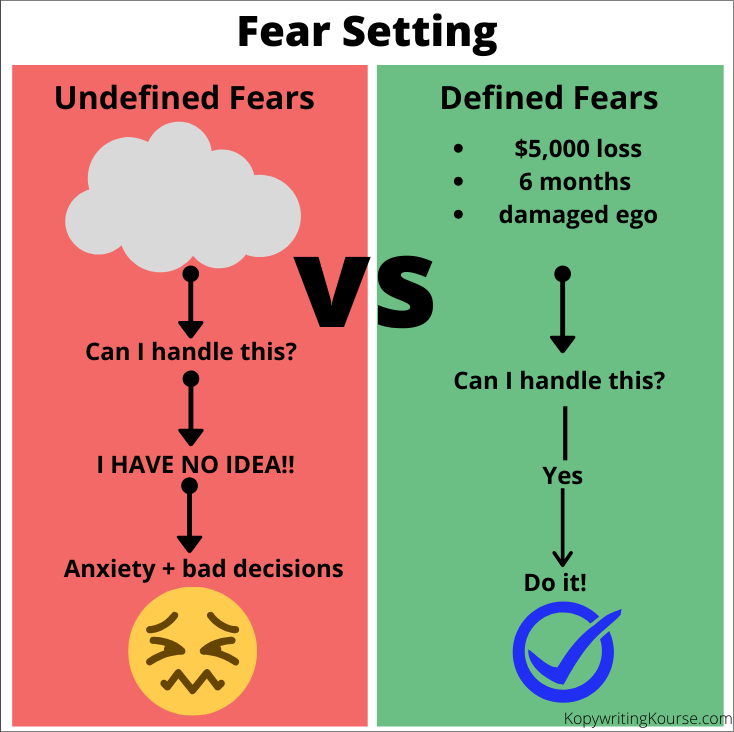 Used by: Elon Musk
When to use it: When you need to step back and get input

Core question: “Do I have new evidence that disproves my hypothesis?”

Many people are unintentionally emotional about their decisions, especially the important ones.

If that sounds familiar, you can use the scientific method to create rational, evidence-based decisions.

It’s pretty simple. Just turn your decision into a question, form a “best guess” conclusion, then test that conclusion with more data and external input.

If the process can’t “break” your conclusion, then it’s probably right. You can move forward knowing that you tested the idea properly.

If the process does “break” your conclusion, then you should either pass on the decision or form an adjusted conclusion to test again. 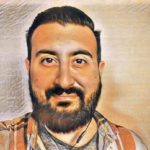