The State of Copywriting Address 2018 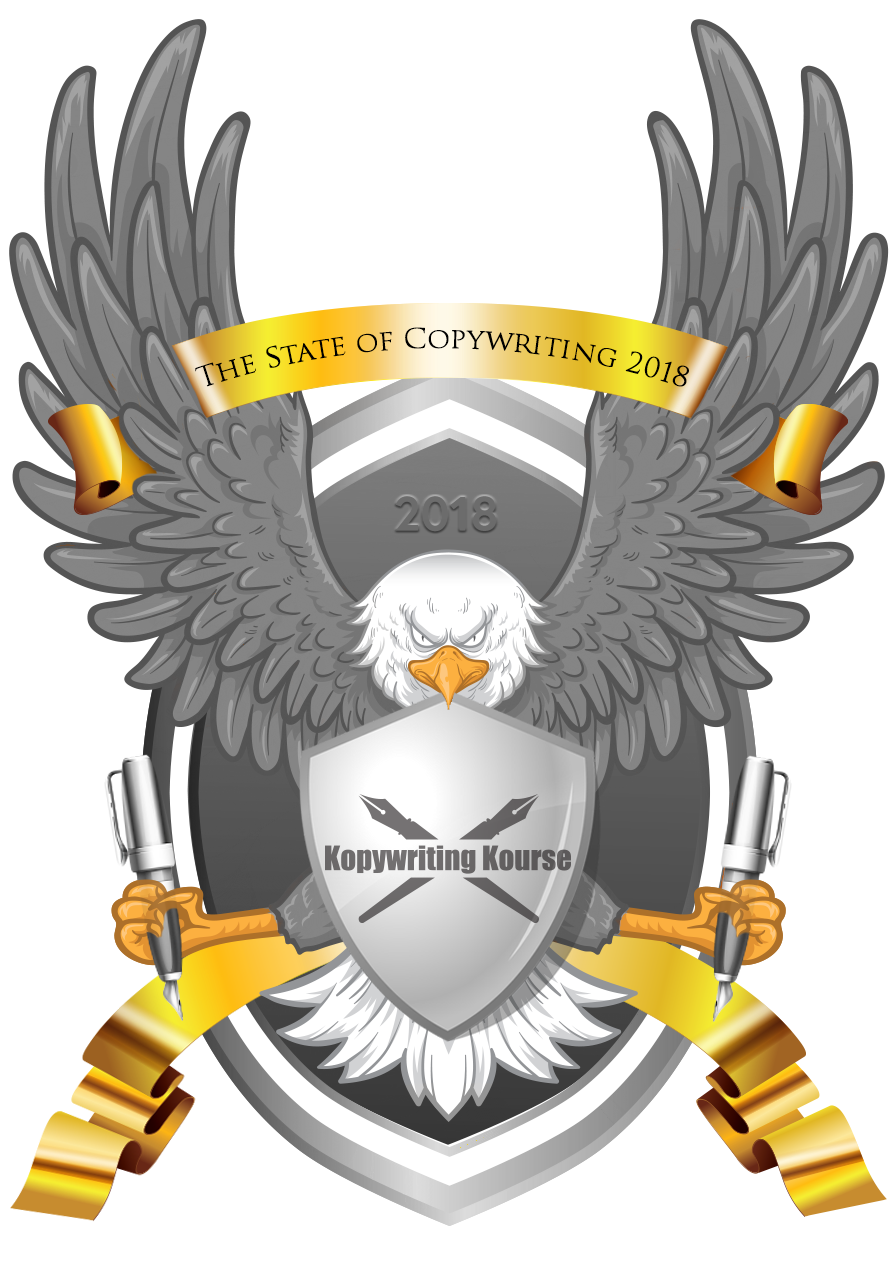 Welcome my loyal Kopywriting Konstituents to The State Of Copywriting Address 2018!! 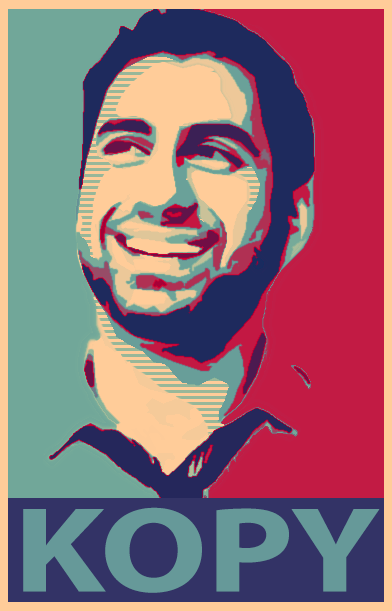 This post will be the summation of everything I’ve learned from 2018:

…this is a year-end review to predict what to spend time/resources on in 2018.

So let’s try planning out 2018, by reviewing what worked well in 2018. We’ll go platform by platform. Let’s begin! 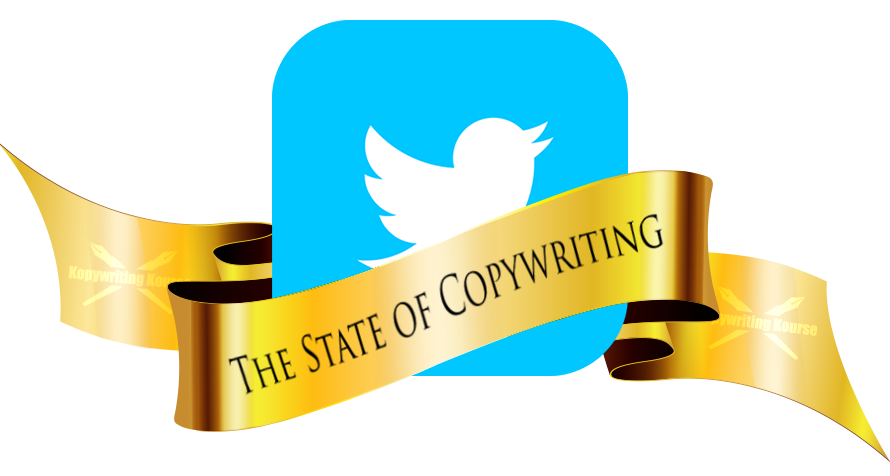 I’m a follower of: Elon Musk, Benedict Evans, Max Roser, Neil Degrasse Tyson and a few others. They tend to post interesting quips and learnings in their Tweets which I find interesting.

I will continue to use Twitter for entertainment and blog updates, but won’t be focusing on it as a source of traffic or revenue.

As a source of website traffic, Twitter is super crappy. It’s the lowest driver of traffic of any social platform. HOWEVER, it’s a great tool for keeping up with people you enjoy following!

Here’s some of my Twitter stats for a 30 day time frame….this is the HIGHEST amount of traffic I got from Twitter all year in a 30 day period. 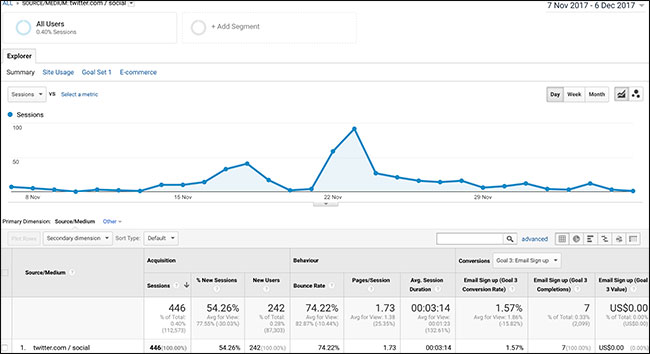 For some reference, other sources of traffic in the same time frame sent 100,000+ visitors and 3,000+ email signups. So under 500 website visits and 12 email signups is relatively low. 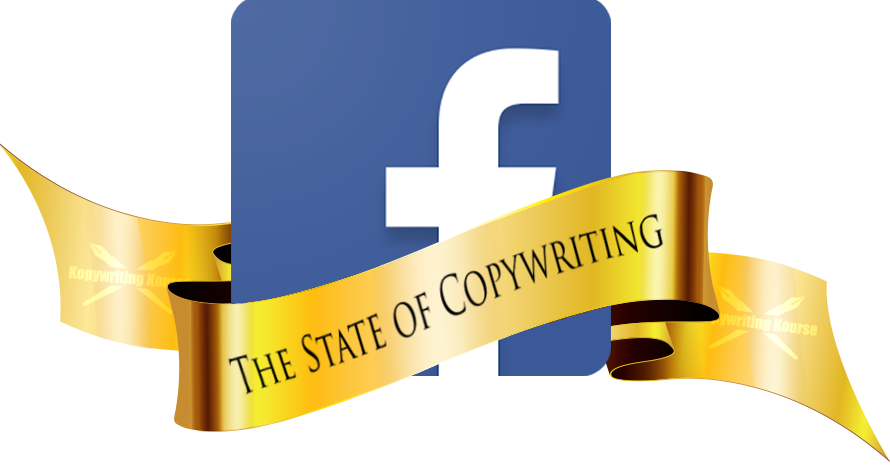 I will continue investing time and money into Facebook in the form of Groups, Ads, Posts and Pages.

I find it highly unlikely Facebook will lose it’s grip on the social networking world in the next decade. In fact it’ll most likely become MORE powerful as stuff like virtual reality starts rolling around.

A GREAT fiction book to read, and pretend the main character is Mark Zuckerberg: Ready Player One (all new employees at Facebook-owned Oculus Rift are required to read this book).

Messenger Bots are little chat programs inside Facebook Messenger that were extremely overhyped in 2017. I think they can be great for some purposes, but not for everything.

Messenger Bots seem to be going through what most things in the Hype Phase go through:
They get overly hyped in the beginning, hype dies down, then eventually useful applications start popping up, then it slowly starts to surge again: 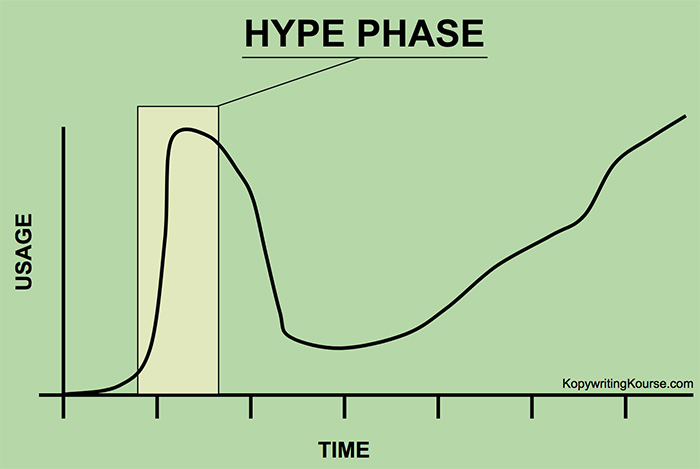 So for 2018 I don’t think I’ll be jumping deep into Facebook Messenger until I see some truly helpful utilities built on top of it. There seems to be potential though.

In the early days of social networking, Facebook realized “Photos” were the most popular thing on the platform. Almost overnight Facebook became the dominant photo platform on the web.

Then along came Instagram. A photo-sharing app with stupidly-simple filters that made your phone photos look great. It gained traction FAST, and in 2012 Facebook bought Instagram for $1 Billion.

At the time that price seemed CRAZY, but now Instagram has 600 Million+ users and is the 2nd most popular social network….so now that price seems like a bargain.

Great for “vanity” metrics such as “views” and “hearts” and raw amounts of comments.
Great for food, dogs, showing how baller you are, and

*NOTE* Let’s start off saying I am NOT a regular SnapChat user…..so you take my advice with a solid grain of salt.

Dang….those are some pretty good answers. A long time ago I stopped trying to re-invent the wheel in marketing stuff, and came up with a concept call, “JUST COPY WHATEVER NOAH DOES.”

I think this would be good advice for others too :)
Thanks for the answers Noah! 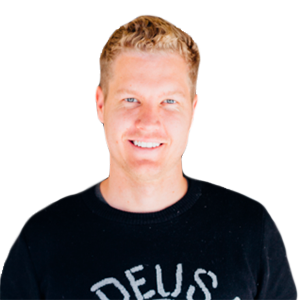 We asked Sam Parr of TheHustle what he will be focusing on.

I’m bullish on email, of course. The Hustle’s now well over 500,000 subscribers and growing fast, so I see the results each day of the power of email. However, one thing I’m interested in 2018 is expanding the storytelling capabilities of an email. Gmail allows emails to be 102KB. If you can fit gifs, interactive bits, and other cool stuff then most publishers won’t even need a website, which is interesting to me.

I’ve been testing this for a while. Native content is always best. That means posting entire blog posts within Facebook, Linkedin, whatever. That’s hard to buy into as most people want traffic coming to their site, I believe fully distributing content is what will truly work. In 2018, we’re going to go harder at these types of long FB posts.

The Jake Paul’s and Casey Niestat’s of the world have just as much pull as Justin Bieber and The Big Bang Theory. I’m am not sure how, or if, I personally will take advantage of this, but it’s becoming quite clear that the younger generation will be significantly more influenced by YouTube stars than traditional media stars (TV, radio).

Super interesting insights. Especially breaking up content to be native on each platform, and keeping the traffic there.
Thanks for the insights Sam! 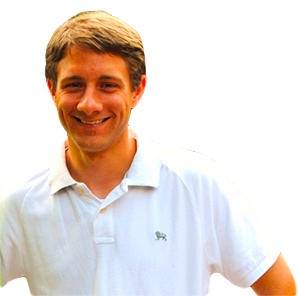 We asked Nate Shivar of ShivarWeb what he will be focusing on from an SEO perspective.

Neither me nor my clients run news-type sites, so most existing content will have some relevance in 2018. However – readers want the freshest, most relevant content possible. Most of my focus will be finding outdated content and making it current. The extra benefit is that I can also re-promote it more effectively than I did when I originally published it.

Everyone knows that Facebook’s organic reach is nearly zero. In 2018 – organic reach will be zero for nearly every social network. And it will be a good thing. There will be less competition and better targeting for anyone with some budget and positive ROI. Facebook and Pinterest will both continue to have incredible deals for hyper-targeted traffic.

Nothing beats consistent, sustainable, durable traffic. And nothing generates that type of traffic like high-quality reference content. It’s hard to build, but easy to maintain. It brings in links, bookmarks, organic traffic, and repeat visits. It’s also easy to promote. And it takes advantage of the two big Google trends of 2018 – Voice Search & Rich Answers.

I will be following this advice myself.
Thanks for the answers Nate!

We asked TuckerMax of BookInABox what he will be focusing on.

Tucker’s #1.) FINDING AND HIRING MORE PEOPLE WHO CAN GET SHIT DONE!

If that is you, email me: tucker@bookinabox.com. My companies growth at this point is 100% limited by the number of amazing people we can find, and in fact, I think this is true for anything. The more you get great people around you, the faster you all move.

I have been very hap-hazard about our marketing, which has worked so far, but won’t scale. This year we get professional about it and make the processes and output regular and serious.

Tucker’s #3.) Be more vulnerable with my wife.

We have a really great family life and relationship, but I need to open up more to really help us advance to the next level. I’m the limiting factor on the family’s growth right now.

That last one is more of a person goal than a marketing goal, although it sounded pretty important so I left that one in :)
Thanks for the answers Tucker!

Desirable Skills and Trends for 2018:

What I’m talking about here is what’s buzzing at the moment.

In my sphere, here’s what I see:

What I didn’t expect was HOW MUCH larger the term “BitCoin” was over any of those other topics:

I think the interest in crypto currencies is because:

1.) It has to do with MONEY. Something everyone wants more of.

2.) There are these crazy stories about teenagers buying BitCoin and becoming millionaires, or people bulldozing garbage dumps to find their old hard drive with their old BitCoin keys. These stories are like movie-worthy!

3.) Anyone can buy a crypto currency in 2 seconds online. Whereas stuff like Augmented Reality and Virtual Reality require expensive hardware and lots of clunky software to experience it correctly.

4.) It’s highly likely a form of crypto currency will become the standard for nearly every country in the future.

5.) There’s going to be a metric ass-ton of people promoting bullshit crypto products and “opportunities” soon, and this will likely drive up hype. Currently since there is pretty much zero regulation on this industry, technically these people aren’t doing anything illegal.

If you run an obvious “Pump and Dump” scam in the stock market, you can get caught for illegal activity.

If you run an obvious “Pump and Dump” scam on some “coin” you invented, technically you’ve done nothing illegal (yet).

I’m sure there’s going to continue to be a crazy amount of coverage on this subject in the near future.

However one of the CLEAR things I can see happening in the near future is the augmentation of learning, gaming, and work through forms of augmented reality.

I’m not sure EXACTLY how this will take place, but I’ve seen verrrryyyy strong evidence and proof that it’s happening.

-Nolan Bushnell said at VR conference I went to: “I believe when the “Ready Player One” movie comes out, it will be the first time the general publish sees the power of virtual Reality.”

-Here’s my notes from a Robert Scoble presentation about AR: [Image of notes]

-I visited the Apple Spaceship campus and they had the most awesome AR demo I’ve ever seen. Now the current version you have to view through an iPad, but eventually this functionality will be on your face in the form of glasses. Here’s a great demo of it (I took a video also, but it was crap quality compared to this). 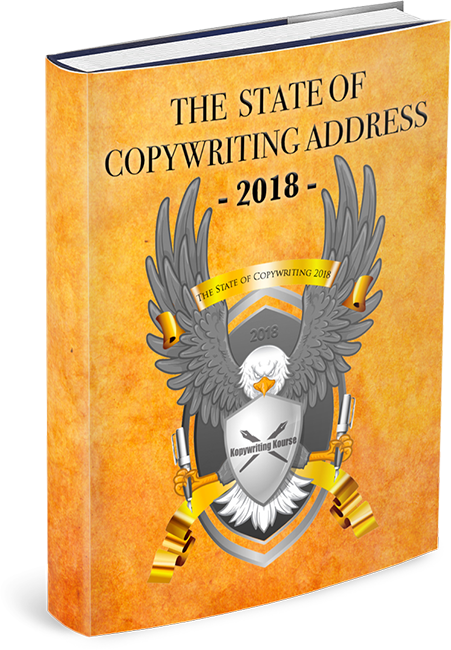 — Download as Google Doc, Word, or PDF–
— Share with colleagues and friends —
— Keep in your own files —